DAMES AT SEA is “a tap-happy gem of a show that celebrates the golden era of movie musicals. With only seven characters (and six actors, as written) it pays homage to the biggest Hollywood musicals on a tiny scale. Our friends at Southern Colorado Repertory Theatre like to say they’re “a small theatre doing big things” – and this sparkling production proves their point! Thanks to SCRT, director John Vaughan, and photographer Mike Tranter for sharing these photos. 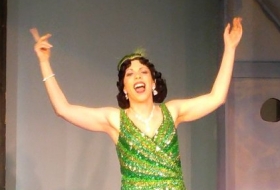 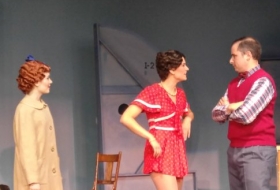 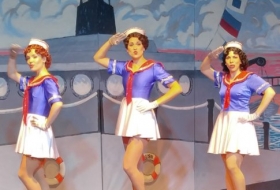 Ruby, Joan, and Mona - the Dames at Sea. 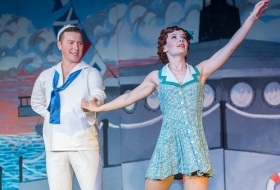 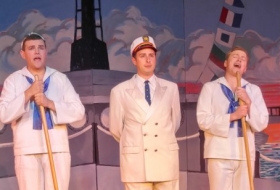 Lucky, the Captain, and Dick 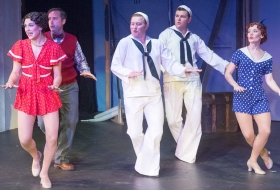 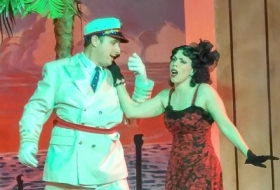 Captain and Mona in THE BEGUINE 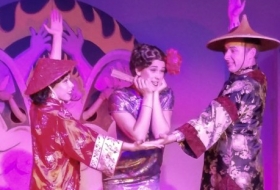 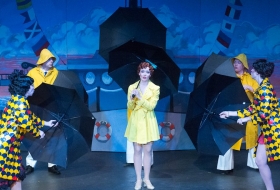 RAINING IN MY HEART

RAINING IN MY HEART 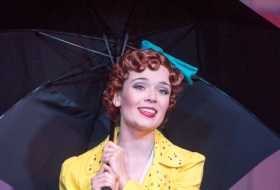 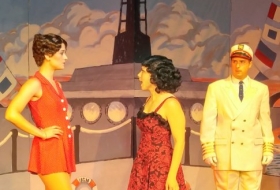